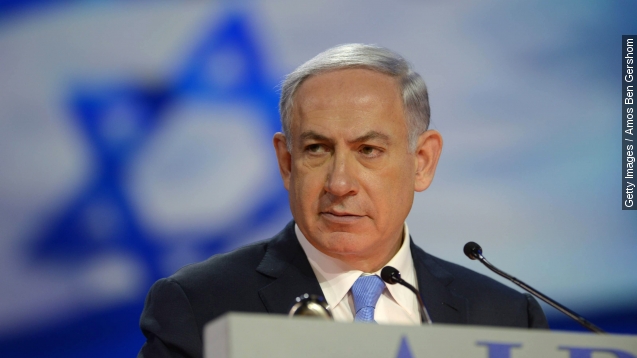 When Israeli Prime Minister Benjamin Netanyahu visits the U.K. next month, he'll have a full agenda: discussing the Iran nuclear deal and the situation in the Gaza Strip, and fending off calls for his arrest.

British citizen Damian Moran submitted an online petition through the British Parliament e-petitions website calling for the prime minister to be arrested over alleged war crimes during the Gaza conflict in 2014. (Video via Israel Defense Forces)

At first, the petition was shrugged off by both governments as a publicity stunt, but it now has 80,000 signatures — 20,000 short of becoming eligible for debate in Parliament.

According to The Jerusalem Post, Moran said, "Under international law he should be arrested for war crimes upon arrival in the U.K. for the massacre of over 2,000 civilians in 2014."

This Israel-Gaza conflict also caught the attention of the International Criminal Court, which opened a preliminary investigation last summer. The Israeli government, however, threatened to ask Israel's supporters, such as Canada, Australia and Germany, to stop funding the court. Despite the threat, the investigation is ongoing. (Video via Prime Minister of Israel)

The British government also supports Israel and issued a statement on the online petition, saying, "Visiting heads of foreign governments, such as Prime Minister Netanyahu, have immunity from legal process, and cannot be arrested or detained." (Video via U.K. Parliament)

The statement also says the U.K. supports Israel's right to defend itself and that the two countries have an excellent relationship — and the petition won't change that.