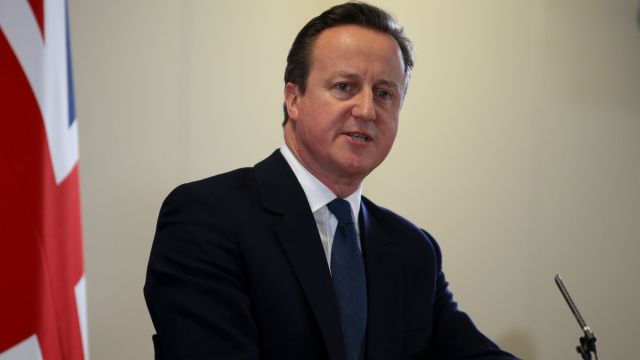 SMS
UK, EU Strike Deal To Avert Brexit Threat For Now
By Matt Picht
By Matt Picht
February 19, 2016
The U.K. prime minister has managed to extract some concessions from the EU.
SHOW TRANSCRIPT

After marathon negotiations, United Kingdom Prime Minister David Cameron and European Union leaders have struck a deal meant to keep the U.K. inside the EU, at least for the moment.

Initial reports say the deal is a political win for Cameron — it includes a seven-year "emergency brake" on welfare payments for EU migrants, measures to keep Britain competitive with the rest of the EU, and a U.K. exemption from the EU's goal of an "ever closer union."

The agreement should give Cameron some political ammo in the fight over whether the U.K. should leave the EU. Cameron's government has promised a referendum on the issue this year, but the PM has been campaigning to keep the country in the EU.

EU ministers are also eager to avoid a so-called "Brexit," but there was some trepidation about giving in to U.K. demands. Several Eastern European countries were worried the deal would reduce their citizens to second-class status in the U.K., and there are some fears that other EU countries could start drafting their own similar lists of demands.

Now that he has a deal, Cameron is likely to schedule the referendum vote soon, potentially by the end of June.

This video includes an image from Getty Images and clips from BBC.