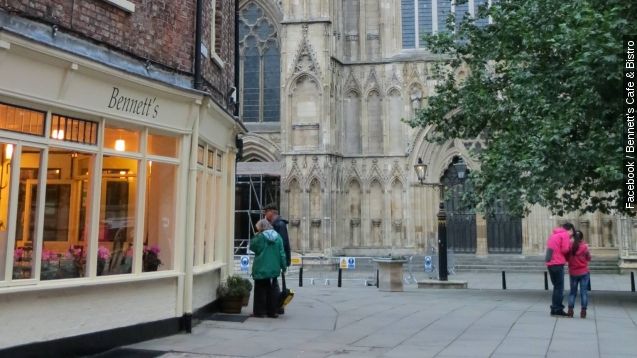 Gotta love some good, old fashioned karma. A customer who left any angry review on TripAdvisor after visiting a cafe in the U.K. got an equally scathing response right back from the manager.

User Hannah C. wrote a one-star review for Bennett's Cafe & Bistro in York after having afternoon tea with her friends, during which she ordered hot water and a slice of lemon and was apparently overcharged for the beverage.

The entry has since been removed, but several media outlets snapped screenshots of the post before it was taken down. It read, in part, "Dreadful place, would definitely not recommend, and the rude waiter that served me should be sacked."

Hannah said she was on a "tight budget," hence the hot water and lemon. And she claimed her "rude" waiter charged her 2 pounds, or nearly 3 American dollars, for the drink.

But instead of responding to the terrible review with a simple apology, Bennett's manager decided to fire right back with what The Huffington Post called "a brilliantly succinct [summarization] of how cafes actually work."

One of the best lines? "Perhaps, the rudeness that you perceived in me was triggered by the disrespect that I perceived in you by your presumption that you could use our facilities and be waited on for free."

The manager's response was so good, it even got the seal of approval from someone who really knows the restaurant biz: Guardian food critic Jay Rayner.

The moral of the story? Think before you post, people.