UK Bans Ad With Thin Model, But That's Tougher To Do In US 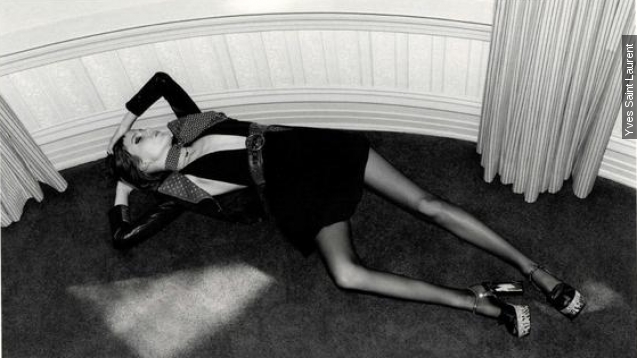 SMS
UK Bans Ad With Thin Model, But That's Tougher To Do In US
By Katherine Biek
By Katherine Biek
June 4, 2015
A Yves Saint Laurent fashion ad was banned in the U.K. after an Elle UK reader complained about the featured model's thin physique.
SHOW TRANSCRIPT

This Yves Saint Laurent fashion advertisement has been banned in the UK after it appeared in Elle UK magazine and a reader complained.

That order comes from the Advertising Standards Authority, which determined the "ad was irresponsible" because the model featured was "unhealthily underweight."

Various groups who help those with eating disorders have since applauded the decision, like Beat, a U.K. charity. A rep from the organization told CNN:

"The ASA ruling is not about whether this person in the picture is healthy, but whether the images of her are being used in a way that can have an irresponsible effect on others, and we are really pleased to see that they are taking action to uphold their responsibility for the social impact of adverts."

This decision to ban the ad came down just as the Royal College of Psychiatrists told the BBC the number of U.K. teenagers admitted to hospitals with eating disorders increased in recent years largely because of "social pressure made worse by online images."

"In the U.K., one consumer can make a complaint and get an ad banned almost immediately. Here in the U.S., it tends to be businesses that make complaints about competitors, and it takes a longer period of time," said Natalie Zmuda, deputy managing editor for Advertising Age.

Yves Saint Laurent is no stranger to having its ads and models criticized, either.

In 2011, the Advertising Standards Authority banned the designer's commercial for its Belle d'Opium perfume, pointing to a specific part where the model draws her finger up her arm. Some interpreted that as simulating drug use.

And a blogger in Los Angeles created a Change.org petition over a year ago to push Yves Saint Laurent to stop using "images of painfully thin models." The petition closed before it reached its necessary 50,000 supporters.

Neither Yves Saint Laurent nor Elle UK have commented on the ASA's decision to ban the advertisement.