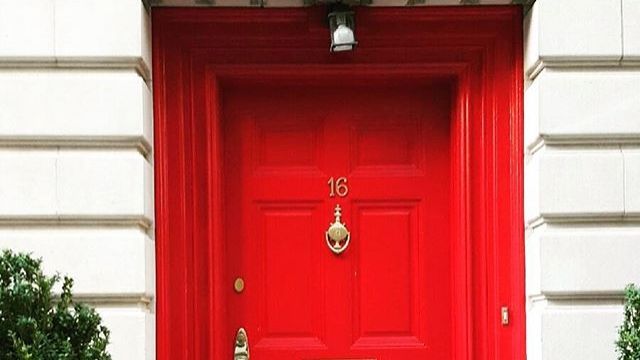 SMS
UK Asylum Seekers Say Red Doors Mark Them For Discrimination
By Matt Picht
By Matt Picht
January 20, 2016
Asylum seekers in the U.K. town of Middlesbrough say they're being targeted for discrimination thanks to the color of their door.
SHOW TRANSCRIPT

Asylum seekers in one U.K. town claim they're living something out of a Stones lyric: They see a red door, and they want it painted literally any other color.

"I've been victimized because of the painted color on my door," asylum seeker Abdul Albashir told the BBC.

A report from British newspaper The Times accuses the northern U.K. town of Middlesbrough of singling out asylum seekers for abuse by housing them behind a bright red door. The Times doesn't mince words; "apartheid" and "Nazi Germany" show up in the first few lines of the article.

The properties in question are owned by Jomast, a subcontractor of British multinational company G4S. The Times looked at 168 Jomast homes, 155 of which had a red front door. Of the 66 red front doors reporters knocked on, 62 belonged to asylum seekers. (Video via Channel 4)

Reports of vandalism and racial abuse in Middlesbrough have further stoked fears the red doors are causing asylum seekers to be targeted. The U.K. Home Office is currently conducting an inquiry into the matter.

Middlesbrough has an unusually large proportion of asylum seekers when compared to the U.K.: one for every 186 residents, according to government estimates. The BBC reports that's thanks in part to a government scheme which outsources accommodating asylum seekers to three big firms — one of which is G4S. (Video via BBC)

The solution many of those firms are relying on is to buy up and renovate cheap properties concentrated in certain towns, including Middlesbrough. The town exceeds the government's unofficial recommendation of one asylum seeker per 200 residents.

Jomast and G4S both maintain there was no discriminatory policy behind the red doors but have acknowledged the problem and agreed to repaint the doors. (Video via Channel 5)

This video includes images from Nicole Beauchamp / CC BY 2.0 and Serge Melki / CC BY 2.0.