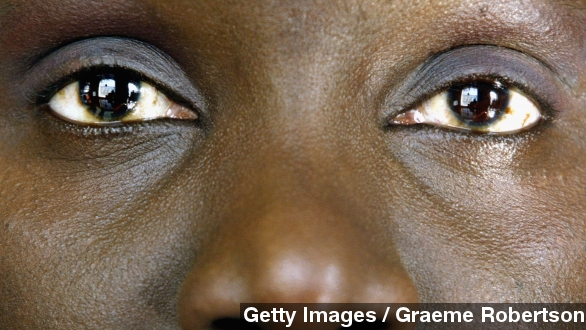 A woman traveling to Ghana was arrested at London's Heathrow Airport after UK border agents discovered she was taking an 8-year-old girl with her so she could undergo female genital mutilation.

The World Health Organization defines female genital mutilation, or FGM, as the, "partial or total removal of the external female genitalia, or other injury to the female genital organs for non-medical reasons."

The practice is most common in the Western, Eastern and Northeastern regions of Africa and in some Middle Eastern and Asian countries. Many migrants still practice the procedure outside of those regions.

The World Health Organization reports FGM isn't tied to a particular religion, but cultural traditions dictate the procedure helps reduce a woman's libido, decreasing the chance that she will give in to sexual urges and that the procedure removes parts of female anatomy that make women and girls "unclean."

A youth worker told UNICEF, "I always feel men are kind of imposed to feel, to think that they need a woman who has gone through FGM."

The woman's arrest coincided with the U.N.'s International Day of Zero Tolerance for Female Genital Mutilation. The day is intended to raise awareness of the dangerous consequences of the practice, which include hemorrhaging, infertility and an increased chance of childbirth complications and infant deaths.

In 2014 The Guardian launched a campaign to end FGM worldwide by calling on UK Education Secretary Michael Gove to inform parents and teachers about the practice.

The British government is now closing loopholes in its anti-FGM legislation that would stop at-risk girls from being taken out of the country to be mutilated.

But statistics show cases of FGM in the United States have been on the rise.

According to the Population Reference Bureau, the number of women and girls in the U.S. at risk of FGM reached more than 500,000 in 2013. That's more than double the women and girls estimated to be at risk in 2000.

But recent efforts have lead to the discovery of this information, including a Change.org petition that inspired the Obama administration's to investigate how many women and girls are at risk of FGM in America.

Other American movements to address women's health have spoken out against FGM. The Vagina Monologues, a play which features the individual experiences of a series of women, includes monologues that deal with FGM as a way to end violence against women and girls worldwide.