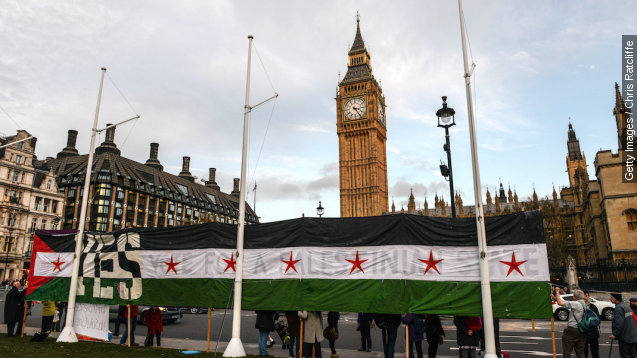 British Members of Parliament just approved airstrikes in Syria, joining an effort by France, the U.S. and Russia, among other countries. (Video via CJTF-OIR)

All day, the House of Commons heard divided arguments over the airstrikes.

A majority of Conservatives were in favor of the airstrikes.

Members of the Labour Party, headed by Jeremy Corbyn, were split over whether or not to launch airstrikes. Despite his strong opposition to military intervention, Corbyn decided not to try to rally Labour members of Parliament to vote against the airstrikes.

The U.K. will continue its airstrikes against ISIS in Iraq and provide material support to anti-ISIS rebels in both Iraq and Syria. (Video via U.K. Ministry of Defense)