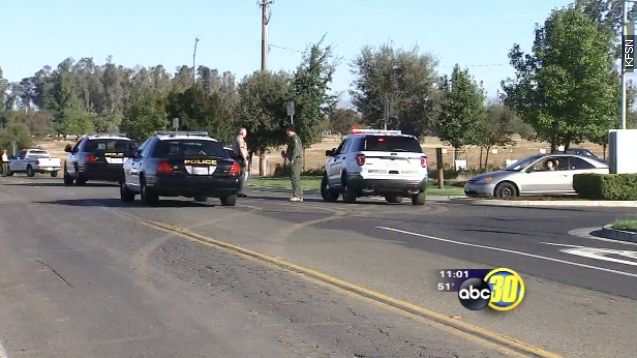 Four people are recovering after a male student at the University of California, Merced stabbed them on campus Wednesday morning.

The suspect was shot and killed by police. All of the victims were conscious when paramedics arrived to the scene. (Video via KGTV)

According to the Los Angeles Times, at least two students and one staff member are among the injured.

The stabbings started inside the Classroom and Office Building on campus and continued outside. School authorities canceled classes and closed the campus for the remainder of the day. (Video via KFSN)

A school spokesperson said: "I can tell you that we're really shocked and saddened by this. We're doing everything we can to contact family and parents to make sure everyone here is safe and secure."