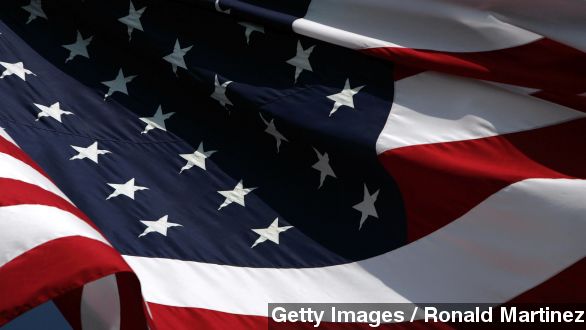 A controversial ban on the American flag at the University of California, Irvine is over.

The Associated Students of the university's legislative council instituted the ban last week, but on Saturday, the student government's executive cabinet vetoed the measure. (Video via KTLA)

The ban would've removed American flags, as well as flags from any other country, from the common lobby area of student government offices. (Video via KABC)

The legislation aimed to remove the flags to increase inclusivity and "to remove barriers that create undue effort and separation by planning and designing spaces that enable everyone to participate equally and confidently."

But that drew criticism from the university itself, which called the legislation "misguided," as did, predictably, conservative outlets.

Tucker Carlson said on "Fox & Friends": "Obviously that sentence was written by dumb people, which is not surprising since it's a pretty mediocre school. ... Kids are taught from day one, and I watch with my own kids in school, that America is uniquely sinful and flawed."

The legislative council still has the opportunity to override the veto if a two-thirds majority votes for the measure.