UC Davis Tried To Bury Its Pepper Spray Cop Incident, But It Backfired 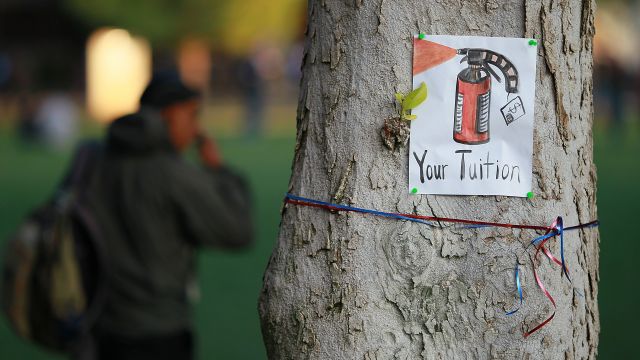 Viral videos have a way of coming back to haunt their stars. Take the University of California, Davis, for example.

UC Davis tried to rebuild its image after this video went viral in 2011. That’s UC Davis Police Lt. John Pike. Gawker described him as pepper spraying student protesters "about as casually as you would Febreze your couch."

Video of the incident received millions of views and ultimately cost Pike his job. It also saddled the school with a massive amount of negative publicity.

So much so, UC Davis spent at least $175,000 on image consultants in an effort to clean up its online reputation in the following years.

The Sacramento Bee obtained documents that showed the firms would try to push positive stories about UC Davis to try to bury the negative publicity. But they clearly have no idea how the internet works.

When you type "UC Davis" into Google, "UC Davis pepper spray" is still the first result that comes up. Not to mention the incident sparked a parody Twitter account as well as some pretty creative memes, putting Lt. Pike in famous landmarks and classic works of art.

To make matters worse, the story about how much taxpayer money the school spent on its image problem is also going viral. Gawker, The Huffington Post and The Washington Post have all covered UC Davis’ latest PR fiasco, reminding readers of exactly what the school wanted them to forget.