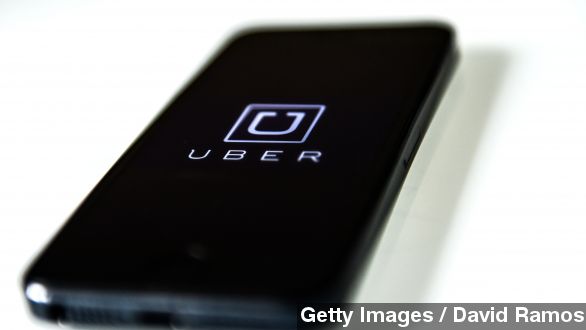 Between receiving bans in multiple locales worldwide and being sued by California lawyers, it just hasn't been a good week for ridesharing app Uber. Los Angeles and San Francisco are the two latest cities to pile on.

Specifically, false advertising in asserting Uber performs a "rigorous background check that leads the industry" for all of its drivers.

The suit also accuses Uber of fraud by charging its customers $4 airport fees for traveling to and from San Francisco International Airport.

As if a lawsuit seeking a permanent injunction wasn't bad enough, a joint statement by the prosecuting district attorneys says one of Uber's largest competitors, Lyft, has settled with the state. The company agreed to pay $500,000 and go through the necessary regulatory hurdles. (Video via Lyft)

While Uber can continue to operate normally for now in California, the lawsuit is the latest in a string of setbacks for the ridesharing giant.

That's because in a span of three days, Uber has been been sued by Portland, Oregon, and banned in Spain and Delhi, India. That's after both Thailand and Colombia banned the service last month.

Throw in op-eds like this one in The New York Times on Sunday titled "We Can't Trust Uber" and you kind of get the sense that Uber is in trouble.

And yet the company is on fire, at least in terms of business. Business Insider reported in November, Uber was expected to reach a staggering annual revenue of $10 billion by 2015.

So you have a wildly successful company hitting controversy after controversy — it's a distinct contrast. In an op-ed on The Wall Street Journal, Andy Kessler says the two are intertwined for any Silicon Valley entrepreneur.

"Those who win funding wake up every day and ask what they can do to make this thing work. Hubris becomes an asset. ... Success requires a certain bravado. That should be encouraged, but most entrepreneurs have no idea when to turn it off."

And it's possible one more country will have an Uber ban by the end of this week too.

On Friday, France is set to rule on setting regulations for the ridesharing company and could end up banning it entirely. (Video via France 24)