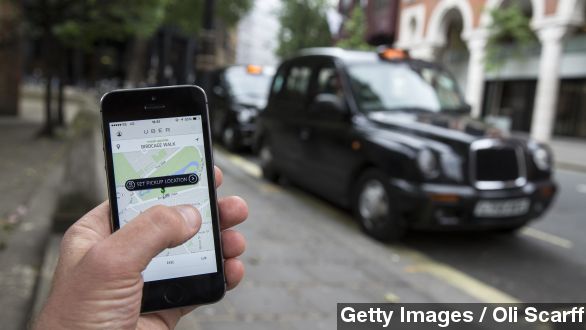 In a blog post Thursday, Uber's head of global safety said the company already uses "multi-layered background checks" that have turned away tens of thousands of applicants but admits more work can be done to ensure customer safety.

So Uber says it will step up its game with improved technology for instant communication if there's an emergency. Plus, "enchanced driver screening" with more thorough background checks that can even extend to polygraph tests.

Uber's head of global safety said, "Our responsibility is to leverage every smart tool at our disposal to set the highest standard in safety we can. We will not shy away from this task."

Uber's plan to bulk up security and customer support systems comes at a time when the company has received quite a bit of heat on multiple fronts.

Just in the past few weeks, a woman in India accused an Uber driver of sexual assault, the company was slapped with a consumer protection lawsuit in California claiming its screening process isn't as good as advertised and its facing another lawsuit in Portland for setting up shop without getting the green light from the city.

But despite the bad press and potential bans, Uber has continued to rapidly expand its worldwide presence.

According to Forbes, the car sharing service "launched in around 30 cities in the last 30 days." Uber also reportedly says it controls nearly two-thirds of the U.S. market and is branching out to smaller cities, that, until recently, had turned it down.