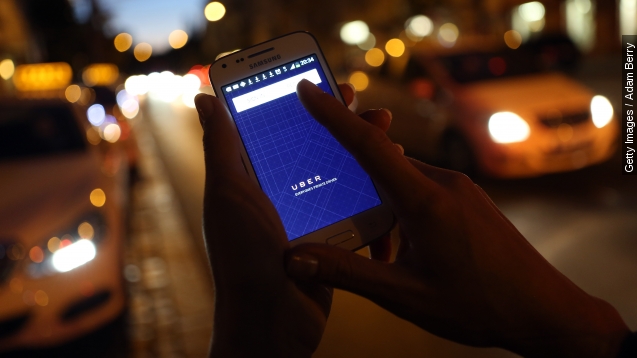 Ever have that awkward moment when you request an Uber ride and get in the wrong car?

Well, the online taxi company is testing out a new program in Seattle that hopefully will eliminate those uncomfortable moments.

The program, SPOT, will use thin LED lights attached to the inside of the windshield that the company will provide to drivers. Riders can pick a certain color when they request a ride, and the LED light will flash that color when the driver arrives.

And just in case that doesn't work, riders can press and hold the color down on their phones, lighting up their screens so the drivers can also identify their customers.

Uber is currently the most valuable private company at $50 billion, and it's hoping to increase its worth to $62.5 billion. Uber has already raised $2.6 billion this year and is looking to add another $2.1 billion to that total.

These new efforts come as the startup is looking to expand beyond its car-hailing services by testing out food and package delivery services, pooled rides and driverless car technology.

Meanwhile, Uber's fiercest rival, Lyft, is hoping to keep up with a fundraising goal of $500 million. But those efforts may be failing. Leaked financial documents show that the company has brought in less than $50 million in revenue in the first half of this year.