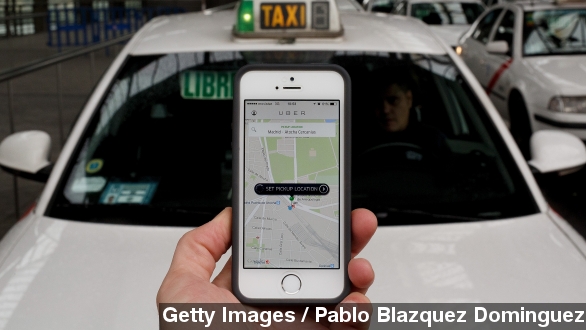 Monday was just a mess for controversial ridesharing company Uber.

Australian Prime Minister Tony Abbott said, "There are people who would wish to do us harm." Monday dozens of people were taken hostage at a cafe in Martin Place, Sydney's busy financial district.

As that took place, Uber send out this tweet notifying customers of a fourfold price hike with the claim "to encourage more drivers to come online & pick up passengers in the area." That tweet became the impetus of scathing backlash.

7 News Reports, "The siege began about 9:40 a.m. when from behind a glass door, a lone figure wearing a black bandana across his forehead and a gun slung over his left shoulder."

And as roads were blocked off and people were scrambling to get out of Martin Place, demand for the service increased. But according to Uber, when there's higher demand, a price hike happens automatically.

But Ben White, a CNBC contributor, was one person expressing concern with Uber's method, writing on Twitter, "How can there not be a human being at Uber who can turn off the algorithm that leads to PR disasters like this?"

Within an hour of the price hike, Uber responded by offering free rides: "Uber Sydney will be providing free rides out of the CBD to help Sydneysiders get home safely. Our thoughts are with those affected. ... We are in the process of refunding rides."

And while Uber Sydney was defusing that situation, Uber was just getting word of a different problem in France.

The French government announced UberPop, Uber's cheapest driving service, which mostly operates within Paris, will be banned in the country come 2015 after complaints of unfair competition.

This follows a French ruling Friday not to ban the service. A commercial court in Paris refused to hear a lawsuit against the ridesharing service which claims Uber drivers operate without professional licenses.

To Monday's news, Uber released a statement saying it's part of the solution, not the problem.