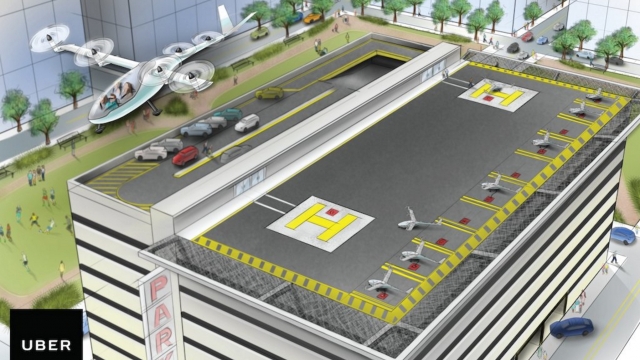 Turns out, Uber wants flying cars to be a reality just as much as we do.

In a 98-page paper released Thursday, the ride-sharing company details its desire to one day have a network of electric aircraft that take off and land vertically.

But Uber wants another company to make the flying cars for them.

Unfortunately, the predictions of "Back to the Future Part II" for the year 2015 didn't come true.

And flying Ford Anglia's only seem to be available to wizarding households.

But owning a flying vehicle one day isn't out of the realm of possibility.

AeroMobil, a company out of Slovakia, has been flight-testing its prototype for a flying car for the past couple years. It hopes to have its two-seat flying roadster on the market next year.

And a group of MIT graduates have been working on their flying vehicle since 2009. The current model has a range of 400 miles while in the air.

So Uber's plan for a flying car fleet could happen sooner rather than later. Even better: The company estimates the price for a 15-minute flying Uber journey could end up being as low as $21.