Self-Driving Cars Are Moving Faster Than The Law 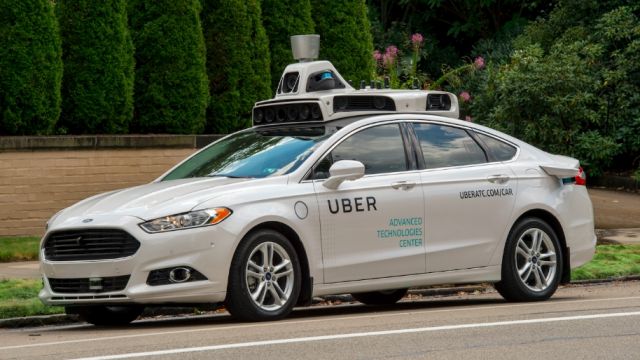 A new batch of self-driving cars hit the streets today, thanks to Uber. But are cities and states really ready for that?

The self-driving Uber cars, with a human sitting behind the wheel for now, are operating in a few square miles of downtown Pittsburgh.

But Uber is certainly not the first company to put a self-driving car on the road.

SEE MORE: Ford Will Ditch The Steering Wheel And Pedals For This Car By 2021

Google's self-driving cars have been on the road since 2010 and are now operating in four cities. Teslas and their autopilot mode are fully operational, and the car company recently announced an update to its autopilot software. And Apple is reportedly trying to develop its own self-driving car, but recent layoffs from that division indicate it's not going well.

The industry seems to be expanding faster than the nation's legal system. Only nine states and Washington, D.C., have some sort of law on the books regarding the use of autonomous vehicles. And only about half of those specifically address whether a human must be behind the wheel.

The nation is trying to make progress. The National Highway Traffic Safety Administration updated its policy concerning automated vehicles, and 35 bills related to self-driving cars were proposed in states across the country.

But those trying to develop automated cars want Congress to act to help ensure seamless laws among states.