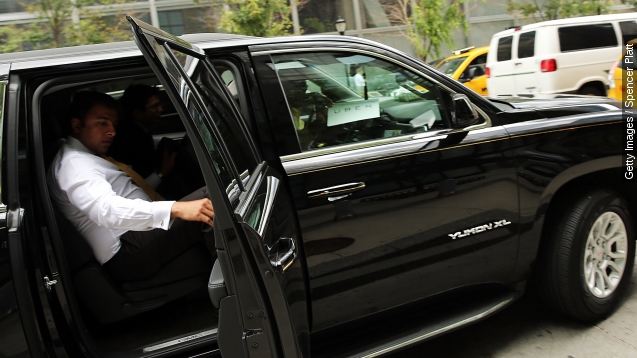 De Blasio's bill to cut down on the number of new drivers Uber and similar services can hire is dead for now.

This change of heart comes after de Blasio published some fighting words on the matter last week.

He wrote, "Uber — a $40 billion corporation — is out with multi-million dollar ads trying to convince New Yorkers that it doesn't need more oversight."

But all Uber's poking, and prodding, and eventual trolling has paid off.

The mayor has tossed out the cap and in it's place is what seems kind of like a truce.

The ride hailing giant has agreed to take part in a four-month study that looks at how much traffic congestion and extra pollution the company's services contribute to the city. (Video via Expedia)

This video includes images by Getty Images and music by Daimyo / CC BY NC SA 3.0.