Uber Is Tracking Its Drivers' Smartphones To See If They're Speeding 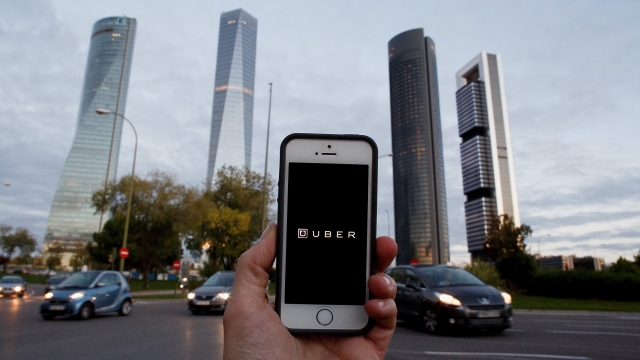 SMS
Uber Is Tracking Its Drivers' Smartphones To See If They're Speeding
By Ben Lawson
By Ben Lawson
January 26, 2016
Uber is tracking its drivers' cellphones to fact-check customer complaints, but that move might be used against the company in a lawsuit.
SHOW TRANSCRIPT

Uber is now tracking its drivers to see if they're speeding or using their phone too often while driving.

The company said in a blog post it's using the gyrometer and GPS in drivers' cellphones to make sure they're being safe.

The last time Uber used GPS to monitor drivers' locations was to make sure contracted workers in China weren't attending protests against its service. (Video via Uber)

But this time, the company says it will only be looking at drivers' data when a rider posts a bad review to see if the complaint was warranted. (Video via Uber)

If it finds the driver was actually speeding or accelerating too quickly, the company will suggest the driver "curb their enthusiasm."

This feature could actually play into a class-action lawsuit Uber drivers filed in San Francisco. They are asking to be recognized as full employees instead of contracted workers, like they are now.

A part of the drivers' argument is that because the company enforces performance standards, they should be considered employees and, therefore, eligible for benefits.