Uber Has Launched A Motorcycle-Hailing Service In Bangkok 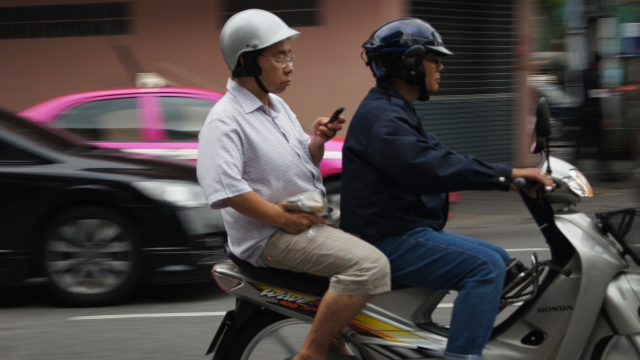 In a statement released Tuesday, the company cited an average daily commute time of 2 hours in Thailand's capital and the "resulting pollution" as reasons for the launch in Bangkok.

In a video announcement, the company said motorcycle trips are two times faster than car trips.

Uber's service is competing with companies in the region that have already been offering motorcycle transportation, like Grab.

CNN reports Uber has plans to expand the service to more cities in the future.