Uber Caps Surge Pricing Because It's The Law 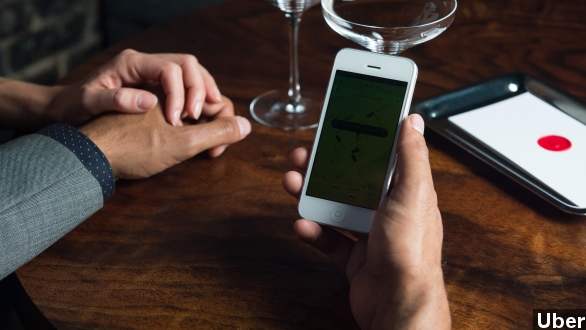 SMS
Uber Caps Surge Pricing Because It's The Law
By Mikah Sargent
By Mikah Sargent
January 27, 2015
Ridesharing-service Uber says it will cap its rates in markets where a state of emergency is in effect.
SHOW TRANSCRIPT

The massive snowstorm currently blanketing the Northeast has ridesharing-service Uber promising to do a bit of good this time around. (Video via WKBW)

Uber has a built-in fare multiplier called “surge pricing.” When the service gets busy, fares get more expensive until enough Uber cars are available — the fare multiplier is essentially an incentive for drivers to become available for rides.

And the company faced backlash for its surge pricing when fares grew up to four times the normal amount as citizens in Sydney attempted to escape a hostage crisis last month. (Video via ABC)

But with words like “life-threatening” and “historic” floating around, Uber seems to be taking it easy on the surge pricing.

According to a report from Bloomberg, the company is capping the fare multiplier at 2.8x the normal rate and will donate proceeds to American Red Cross.

The report also says Uber made this decision after it “reached an agreement with New York’s attorney general.”

So yeah, Uber is obeying the law. Which means the fare capping isn’t entirely a gesture of goodwill.

TechCrunch says Uber will be limiting its surge pricing in “any market that has declared a State of Emergency.”

This should help limit future PR calamities like the company faced in Sydney. Well, at least in relation to its pricing practices.