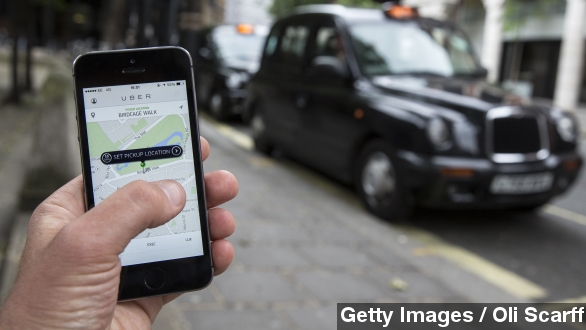 Uber is using the Super Bowl for some much-needed public relations.

The company released the results of a poll suggesting its service has led to fewer instances of drunk driving, and releasing that data during the run-up to the Super Bowl is no coincidence. (Video via Uber)

Uber had a string of bad press in 2014: from rape allegations against a driver in India, to criticisms of its surge pricing policy during crises like blizzards and the hostage situation in Sydney, to a suggestion from an executive that the company should run a smear campaign against certain journalists.

So, 2015 really needs to be the year Uber repairs its image.

That's why the ride-sharing company released the survey, conducted with Mothers Against Drunk Driving, that says ride-sharing services lead to less drunk driving. Of those surveyed, 88 percent said "Uber has made it easier for me to avoid driving home when I've had too much to drink."

The survey is supported by other data as well. Seattle recorded a 10 percent decrease in drunk driving arrests when Uber entered into the market, and California had 6.5 percent fewer alcohol-related traffic accidents. (Video via Uber)

So the company is likely hoping people will remember this on Super Bowl Sunday. Uber's strategy chief David Plouffe told USA Today, "It's a day millions will be at parties at bars. There's no longer any excuse to drink and drive."

Despite all the bad press, Uber saw huge growth in 2014. It began the year operating in 60 cites and ended the year with operations in 250. The company is currently valued at $40 billion.