Traffic Claims From Uber And Lyft Are Tough To Prove 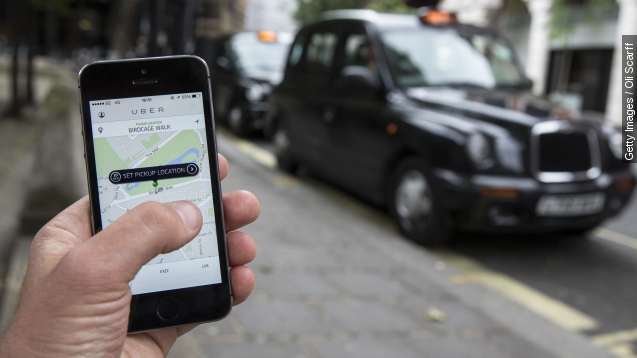 SMS
Traffic Claims From Uber And Lyft Are Tough To Prove
By Ben Lawson
By Ben Lawson
July 2, 2015
Uber and Lyft like to say they have a positive effect on traffic congestion, but there really isn't much evidence to back up that claim.
SHOW TRANSCRIPT

"We are offering a real alternative to a world that looks like a parking lot and moves like a traffic jam," Uber CEO Travis Kalanick said.

Ride-hailing services create controversy when they enter a new city, and so when execs are trying to pitch their company to a city, they love to claim it will reduce traffic congestion.

Uber's CEO Travis Kalanick said that his company could take 1 million cars off the road when it starts up in London.

Similarly, Lyft says its carpooling service, Lyft Line, has had a big impact on traffic congestion in San Francisco.

But when pressed about it, a Lyft spokesman had nothing to back up that claim.

Even when you factor in independent research, there isn't much of a consensus on what kind of impact these services have on traffic.

One study from UC Berkeley said, actually, "ridesourcing has a small but not inconsequential (8%) induced traffic effect."

Meaning it actually creates more traffic because instead of taking the subway or bus people are hailing a ride. (Video via Uber)

But here's another study from MIT: researchers say carpooling services, like UberPool and Lyft Line, could reduce traffic. Still, that study stopped short of saying just how big of an impact they could have.

And even Uber admits a big way its carpool service affects congestion is by reducing the number of other Uber drivers on city streets.

This video includes images from Getty Images and music from Podington Bear - "VibeDrive" / CC BY NC 3.0