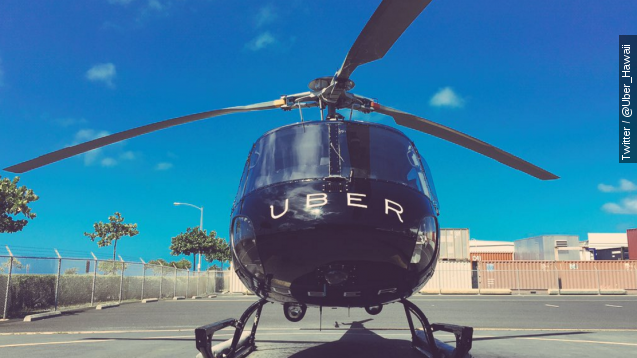 SMS
Uber And Airbus Team Up To Take Your Ride To New Heights
By Katie Link
By Katie Link
January 17, 2016
Uber and Airbus are collaborating to make your everyday commute a little more exciting.
SHOW TRANSCRIPT

Uber is upping the ante in the form of a new partnership. The on-demand ride-hailing company is teaming up with Airbus to get you around town via helicopter.

If you're thinking this concept sounds familiar, you're right. Uber rolled out UberChopper in 2013 to transport vacationers from Manhattan to the Hamptons. The company has also tried out helicopter rides for big events like the Bonnaroo Music and Arts Festival.

And Uber isn't the only company toying with traditional transportation methods. One of Uber's competitors, Blade, made headlines after offering five-minute helicopter rides in New York City to help beat traffic while the pope was in town. Users simply reserved a seat on a chopper via an app and forked over $95 for a ride.

And Uber isn't wasting any time. Thanks to the new partnership, the European aerospace company will provide Airbus H125 and H130 helicopters for Uber riders during the Sundance Film Festival this week.

The company's chief executive told The Wall Street Journal, "It's a pilot project, we'll see where it goes — but it's pretty exciting."

There's no word on how much a ride might cost you. In its previous flight ventures, Uber has charged riders between several hundred and several thousand dollars.