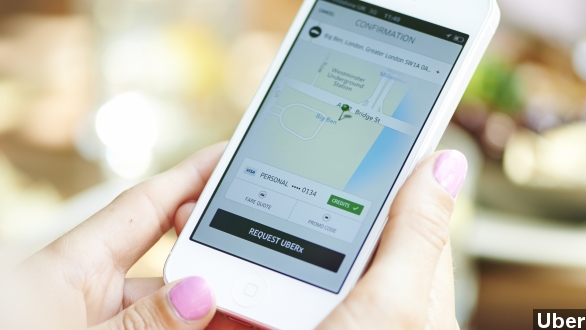 SMS
Uber Adds Panic Button For Riders In India
By Kate Grumke
By Kate Grumke
February 7, 2015
After a New Delhi woman was raped by an Uber driver, the company announced new safety features for the app.
SHOW TRANSCRIPT

Ridesharing app Uber has announced it's adding a "Panic Button" to its apps in India.

The button would alert local police and give them the location of the person who hit the button in case of an emergency.

The app is also going to feature a "safety net" so riders can give emergency contacts their ride information.

The decision comes after a woman in New Delhi accused an Uber driver of raping her in December. (Video via Euronews)

After the incident, New Delhi banned the app. The driver was arrested and charged with assaulting the woman, who is now suing the company.

The Uber driver accused of raping the woman in New Delhi was also arrested for rape three years ago, but was acquitted. (Video via IndiaTV)

Earlier this week, Uber in India announced it will work with First Advantage to conduct background checks for drivers in addition to the ones required by the government. (Video via First Advantage)

The panic button will be available for Indian Uber users February 11. The company hasn't said if it will roll out the feature in other countries any time soon.