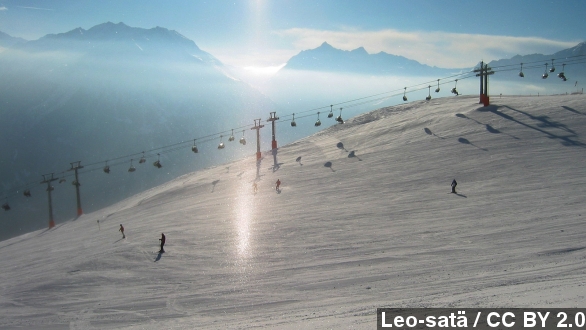 Two promising skiers from the U.S. Ski Team were killed during an avalanche Monday.

19-year-old Bryce Astle and 20-year-old Ronnie Berlack were freeskiing near the Rettenbach glacier near the location of the U.S. Ski Team's training base in Austria when they were caught in an avalanche.

The two men were part of the U.S. Development Ski Team, which trains new skiers. Berlack, seen here in a Weather Channel interview, joined the team in 2013 after finishing strong at the U.S. Alpine Championship.

Astle joined the team this season, earning two top-10 results at the NorAm Cup in Canada last month. He had recently launched a crowdfunding effort to help pay for his expenses to join the team.

U.S. Ski and Snowboard Association CEO Tiger Shaw said the men were "outstanding ski racers who were passionate about their sport. ... Both of them loved what they did and conveyed that to those around them."

Officials say an avalanche alert had been issued in the area Monday. Four other skiers who were with the two men managed to escape the slide.