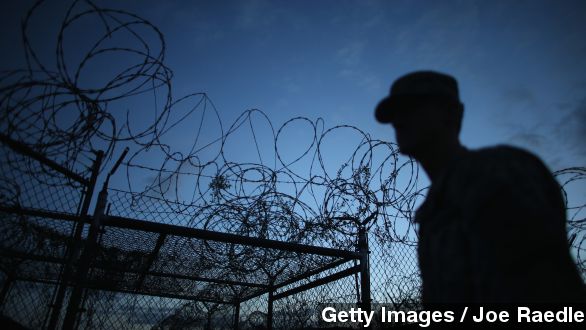 SMS
U.S. Releases Five Detainees From Guantanamo Bay
By Jay Strubberg
By Jay Strubberg
January 15, 2015
The U.S. made a secret transfer Wednesday of four GTMO detainees to the Arab country of Oman while another prisoner was sent to Estonia.
SHOW TRANSCRIPT

The State Department arranged the secret transfer of four detainees to the Arab country of Oman while one was sent to Estonia.

The five men — all from Yemen — were captured in Pakistan with suspected ties to al-Qaida in either 2001 or 2002. They were held captive at Guantanamo for more than 12 years.

"There is no justification beyond politics for Congress to prevent us from closing a facility that should've never opened," President Barack Obama said.

The Obama Administration has made a considerable push toward its goal of shutting down GTMO recently.

Last month, four Afghan prisoners were moved back to their home country. Plus, fives other detainees were transferred to Kazakhstan.

Yemeni inmates account for most of GTMO's prison population. But U.S. officials have had trouble finding countries to accept those prisoners and won't send them to Yemen because the region is considered too unstable.

The treatment prisoners receive at Guantanamo Bay has been contentious for quite some time. Opponents feel the controversial tactics employed at the prison violate basic human rights. (Video via RT)

But President Obama has been vocal he wants to close its doors for good during his remaining years in office.

According to the New York Times, Obama plans to lower GTMO's population to a point where "keeping it open makes no economic sense." The Times says it costs "$3 million a year to house each prisoner."

There are currently 122 detainees still being held at Guantanamo Bay. That's about an 82 percent decrease since 2003.