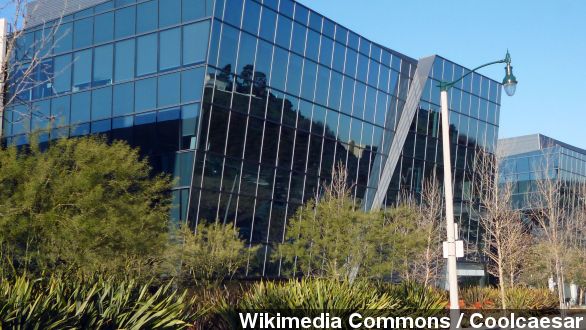 SMS
U.S. Plans To Cede ICANN Management
By Evan Thomas
By Evan Thomas
March 15, 2014
The U.S. plans to step down from control of a major Internet oversight group in 2015.
SHOW TRANSCRIPT

The U.S. plans to step down from a major Internet stewardship role.

The Commerce Department announced Friday it intends to cede control of the Internet Corporation for Assigned Names and Numbers, or ICANN. (Via The Wall Street Journal)

ICANN handles the assignment of top-level domains and the IP address space — like a table of contents or a phone book for some of the biggest chunks of the Internet.

"Supporters say it's consistent with other efforts the U.S. and our allies are making to promote a free and open internet. U.S. officials deny this move was linked to the NSA leaks." (Via WZVN)

But it's hard to ignore the timing. The Washington Post says critics are calling it "politically tinged."

And there's no getting around how revelations of NSA spying have soured U.S. Internet relations with other countries.

Brazil, for example, has announced plans to convene a conference next month to discuss the next phase of Internet governance. It's a move largely thought to be triggered by invasive U.S. surveillance practices. (Via NETmundial, International Telecommunication Union)

Under the new model, no one entity will control the Internet. But releasing oversight of California-based ICANN raises the specter of possible censorship and information control. (Via Wikimedia Commons)

But those in charge appear to know the risks. The Hill quotes an official within the Commerce Department.

"It must maintain the openness of the Internet. We will not accept a proposal … with a government led or an intergovernmental solution."

The turnover is slated for 2015, when ICANN's contract with the Commerce Department is set to expire. ICANN will bring together a panel of stakeholders to decide who will take the reins.