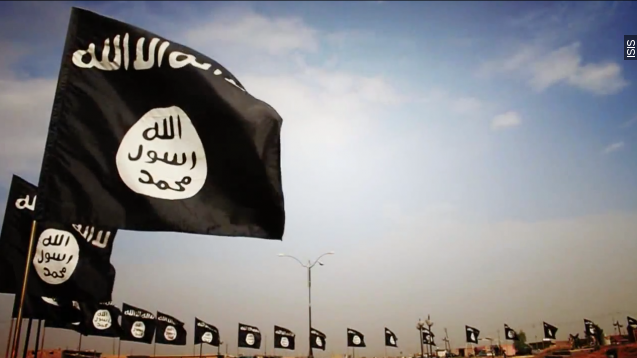 SMS
US Operation In Eastern Syria Kills Senior ISIS Official
By Jake Godin
By Jake Godin
May 16, 2015
On Saturday, the U.S. announced it had conducted a raid in eastern Syria, killing a senior ISIS leader and capturing his wife.
SHOW TRANSCRIPT

A U.S. special operations team raided the home of a senior ISIS official in eastern Syria Friday evening, killing the official and capturing his wife.

That's according to the U.S. National Security Council, which released a statement on the operation Saturday morning. A source who spoke to CNN said the raid took place in the eastern Syrian city of Deir Ezzor.

The NSC says the man killed was Abu Sayyaf, an ISIS leader who "had a senior role in overseeing ISIS' illicit oil and gas operations."

It’s believed ISIS makes millions in revenue off of black-market oil sales making it arguably the most well-financed terrorist group to date.

Little else is known of Abu Sayyaf aside from his apparent role in ISIS’ oil operations. According to Rita Katz, head of the SITE Intelligence jihadist watchdog group, Sayyaf knew all of ISIS’ funds and was a key leader within the organization. (Video via Smart News Agency)

The operation marks the first publically disclosed offensive U.S. ground operation against ISIS in Syria. U.S. special forces were in Syria last year but it was a rescue mission — aimed at freeing James Foley and other American hostages.

An anonymous official who spoke to The Washington Post described an operation full of action, where ISIS militants attempted to use women and children as shields, U.S. soldiers engaged in hand-to-hand combat and “militant fire ripped holes” in the soldiers’ aircraft as they left. No U.S. personnel were killed or injured.

It’s unclear just how significant of a leader Abu Sayyaf was within ISIS, or what impact his death will have on the group’s operations. His wife, who was captured alive during the raid, is in U.S. military detention in Iraq. An apparent Yazidi slave was freed as well. (Video via Raqqa Media Center)