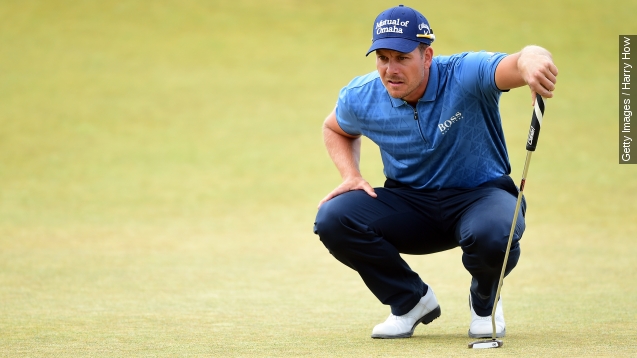 SMS
U.S. Open Conditions Have Players Turning Green
By Carter Woodiel
By Carter Woodiel
June 20, 2015
This year's U.S. Open course is unlike any other, but bumpy greens and tricky tee shots have ruffled the feathers of some pros.
SHOW TRANSCRIPT

"Broccoli," "Outdoor bingo" and "Mickey Mouse golf" aren't usually the words you hear when golfers describe a course. But that's just some of what players are saying about Chambers Bay, the site of this year's U.S. Open.

The course, in Washington state, is unlike any other course in U.S. Open history. It features fine fescue grass, a U.S. Open first, known for being shorter, firmer and browner than the grasses most Americans see on the PGA Tour. (Video via PCTV)

This makes for a smooth playing surface, but also means the greens can easily dry up in the afternoon sun. (Video via Chambers Bay Golf Course)

Stenson called the course "borderline laughable," adding that he "kind of lost my patience" and that the putting surface "looked like the surface of the moon."

The greens are just part of what makes Chambers Bay so unusual. A few of the holes are so changeable that they can look totally different from round to round, with the first and 18th holes even changing par depending on the day.

Yesterday, the 18th was a long par four, and it didn't take long for some players to get frustrated.

Reigning Masters champion Jordan Spieth told his caddie, "This is the dumbest hole I've ever played in my life." Spieth is tied for the lead after two rounds.

"The man who designed this golf course had to have one leg shorter than the other," Player said. "It's hard to believe that you see a man miss the green by one yard and the ball ends up 50 yards down in the rough."

But not everyone is complaining about Chambers Bay. One pro pointed out how firm the greens have been at previous U.S. Opens, a tournament that's often billed as the toughest test in golf.

Branden Grace, who currently sits one shot off the lead, said the tough conditions are all part of the grind.

"I think it's a true test, and I think it showed so far," Grace said. "Obviously, the course is in great shape. It's playing firm, it's playing long, it's doing exactly what they want it to do."

No matter the difficulties, the U.S. Open soldiers on. The third round of the tournament is today, and by tomorrow night, we'll know who conquered Chambers Bay.