US Has Highest Maternal Death Rate Of Developed Countries 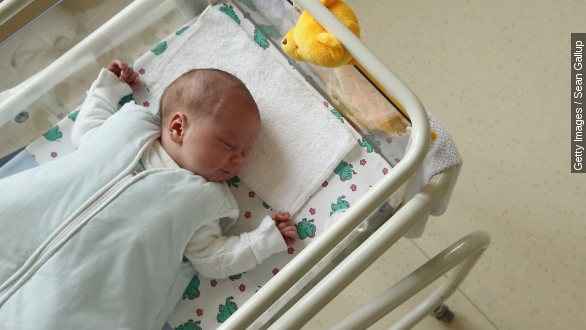 SMS
US Has Highest Maternal Death Rate Of Developed Countries
By Matt Moreno
By Matt Moreno
May 5, 2015
The U.S. fell two spots to 33rd overall in the most recent State of the World's Mothers 2015 report by the Save the Children organization.
SHOW TRANSCRIPT

It's a scary and potentially surprising find: The U.S. ranks last among developed countries when it comes to risk of maternal death.

That's according to the State of the World's Mothers 2015 report by the Save the Children organization released Monday. The report defines maternal death as the likelihood that a woman will end up dying due to a pregnancy.

In the overall Mothers' Index Rankings from the report, the U.S. fares better, ranking 33rd out of 179 countries surveyed. The Mothers' Index Rankings take into account five things: the lifetime risk of maternal death due to pregnancy, mortality rate for children under the age of 5, formal schooling years of children, gross national income per capita and women's participation in national government.

Last year, the U.S. ranked 31st overall, meaning the U.S. has slipped two spots since then.

In the U.S., mothers face a 1 in 1,800 chance of pregnancy-related death — the worst of any developed country.

Specifically, Washington D.C., ranked the worst among 25 high-income capital cities from around the world as nearly eight infants died per 1,000 live births.

Overall, Norway ranked as the best country in the overall Mothers' Index Rankings, as Finland, Iceland, Denmark and Sweden rounded out the top five. Somalia ranked the worst.

This video includes images from Getty Images and Thomas Rousing / CC BY 2.0.