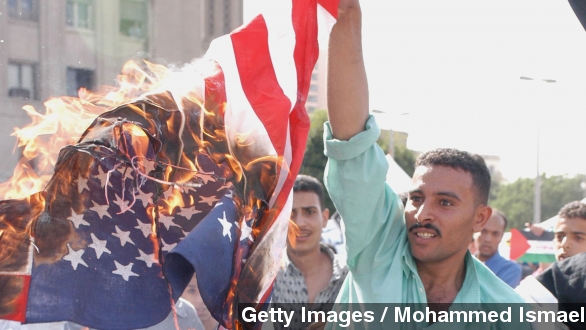 More than a decade ago, a second intifada led to the killings of Palestinians, Israelis and Americans.

And Monday, a long legal battle ended with a decision holding the Palestinian Authority and the Palestine Liberation Organization, or PLO, responsible for those Americans' deaths.

This has two main effects. For one, families of the U.S. victims will receive three times the damages what they would've otherwise, thanks to terrorism laws. The total amount awarded is now $655.5 million.

And second, the ruling is bad news for Palestinian leaders pushing for statehood, now that U.S. courts have linked many of them directly to terror.

Attorneys for the PLO and Palestinian Authority called Monday's ruling in a New York City court "baseless" and said they would appeal the decision.