How More Americans Are Beating Cancer 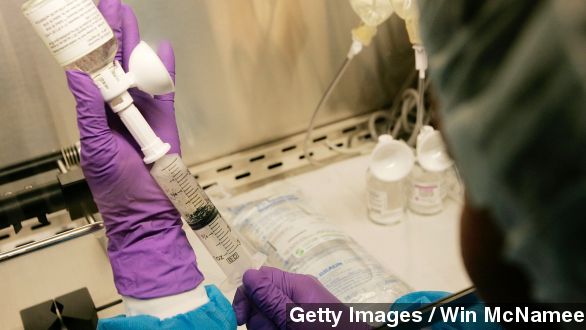 SMS
How More Americans Are Beating Cancer
By Rosie Newberry
By Rosie Newberry
December 31, 2014
A new study finds that U.S. cancer survival rates are higher for all cancers in the past 20 years. Regional decreased smoking rates are a major cause.
SHOW TRANSCRIPT

Overall cancer death rates have dropped 22 percent in the past 20 years.

And it seems that, of that list, quitting smoking appears to be the smoking gun. (Video via QuitSmoking.com)

According to the Centers for Disease Control and Prevention, "Smoking can cause cancer almost anywhere in the body."

Public health efforts by the American Cancer Society to cut down on smoking didn't peak until overall cancer rates also peaked in 1991. They had been rising since 1900.

In the decade after that, lung cancer deaths for men decreased a whopping 36 percent, and women had similar percentages. (Video via American Cancer Society)

As of 2014, there is an overall improvement in cancer survivors in the U.S., with scientists estimating that 1.5 million people have been saved.

But some areas of the U.S. are improving faster than others. Northeastern states are showing the most improvement, with southern states displaying the least.

These statistics go hand-in-hand with, you guessed it, smoking rates.

A study from Brown University in 2013 showed the discrepancy between mortality rates in the South versus all other U.S. regions. Critics argue that a lack of public policy about quitting smoking has led to a slower decline in death rates, even with improving medicine.

Current projections for 2015 are still 1,600 cancer deaths a day across the U.S., which means cancer could be overtaking heart disease as the leading cause of death among Americans in the next few years.

Breast cancer for women, prostate cancer for men and lung and colorectal cancers for both sexes will continue to be top killers. (Video via Cancer Treatment Centers of America)

John R. Seffrin, chief executive officer of the American Cancer Society, said of this study, "The continuing drops we're seeing in cancer mortality are reason to celebrate, but not to stop."