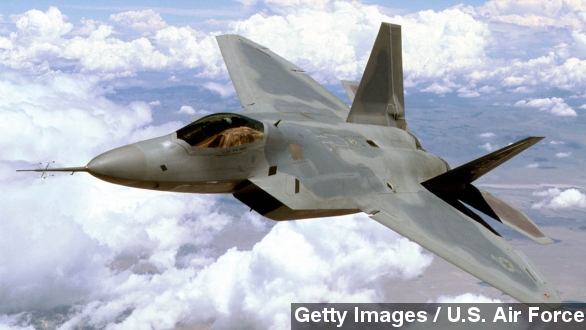 The U.S. and partner nations have begun airstrikes on ISIS targets inside the warring nation of Syria.

Though it wasn't totally unexpected, given the president did say this a couple weeks ago.

PRESIDENT OBAMA, FROM THE WHITE HOUSE: "I have made it clear that we will hunt down terrorists who threaten our country, wherever they are. That means I will not hesitate to take action against ISIL in Syria as well as Iraq."

ABC and CNN both report Saudi Arabia, Jordan and other Middle Eastern nations are joining the U.S in the operation. But we don't know yet which cities or regions of Syria the U.S. has targeted in these strikes, but the country is home to the radical Sunni group ISIS' home base in Raqqa.

That's in Syria's north, about 50 miles east of Aleppo. Again, we don't know if that's the target of U.S. airstrikes. After all, ISIS controls a wide area stretching east into Iraq. (Video via Google)

Syria is now in its fourth year of a bloody civil war responsible for more than 120,000 deaths. ISIS was born out of the rebellion against President Bashar al-Assad, whose government the U.S. itself threatened with airstrikes just a year ago. (Video via Sky News)

We'll update with more details as they roll in.