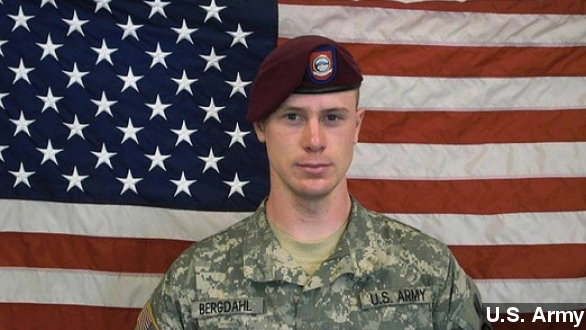 The U.S. Army announced Wednesday it's charging Sgt. Bowe Bergdahl with desertion and misbehavior before the enemy for abandoning his post in 2009.

This comes after the Army reviewed an investigation into the events surrounding Bergdahl's 2009 capture by the Taliban after he was accused of leaving his base in Afghanistan. (Video via U.S. Army)

Bergdahl was held by the Taliban in Afghanistan before the U.S. freed five Guantanamo detainees in exchange for his release. (Video via U.S. Army)

The Manual for Courts-Martial United States says the maximum punishment for desertion with intent to avoid hazardous duty includes "dishonorable discharge, forfeiture of all pay and allowances and confinement for five years."

After the army’s announcement, Bergdahl’s lawyer released a letter written by Bergdahl outlining the hardship and torture he faced during his captivity by the Taliban.

He said he was beaten, chained and put in a cage, and wrote, “I was kept in constant isolation during the entire 5 years.”

White House Communications director Jen Psaki defended the choice to swap taliban detainees for Bergdahl on Fox News Wednesday. “Was it worth it? Absolutely. We have a commitment to our men and women serving in the military, defending our national security every day, that we’re going to do everything to bring them home if we can, and that’s what we did in this case.”