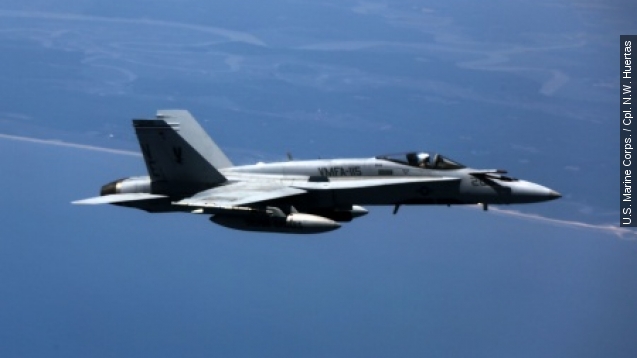 "Officials are telling us they had actionable intelligence, their words. That means they knew he was traveling in a vehicle on a road near Mosul. ... They were able to send up an aircraft, launch a missile and get him," CNN's Barbara Starr reported.

The U.S. carried out that airstrike Aug. 18. According to the White House, Mutazz was the senior deputy to ISIS leader Abu Bakr al-Baghdadi and played a role in the terrorist group's takeover of Mosul in 2014.

While the U.S. is confirming Mutazz's death, this is the second time officials have said he's been killed in an airstrike. Some experts say that highlights the difficulty in collecting and verifying information on ISIS targets. (Videos via U.S. Central Command)

But if Mutazz is dead this time, a fellow at the Brookings Doha Center told The Wall Street Journal, this represents the U.S.'s ability to get reliable intelligence on top-ranking officials.

The U.S. and coalition forces have been performing airstrikes almost daily since last year, amounting to more than 6,000 airstrikes. (Video via U.S. Marine Corps)