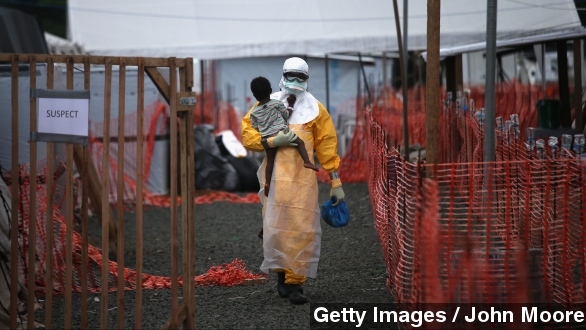 We'll see the Ebola outbreak that spread through Western Africa and even made it to U.S. soil end this year, according to a United Nations Official.

Anthony Banbury told reporters "we will succeed" in the fight against the deadly virus.

"We have a long way to go ... We are engaged in an epic battle with this disease. It's an insidious, invasive disease," said Banbury.

Banbury admitted the end is "not close," but praised international efforts to fight the disease saying the global response has been "extremely successful."

But he did recognize that improvements need to be made when it comes to treatment and safe burials.

Banbury recommended using a district-by-district approach to confine the disease saying communities will play a big role in ending outbreaks by not allowing them to spread while the isolated outbreak is still small.

More than 20,000 people have now been infected and more than 7,800 have died since the outbreak began with more than a third of the cases coming from Sierra Leone.

The President of Sierrea Leone has asked that his country begin a week of fasting and prayer to end the outbreak.