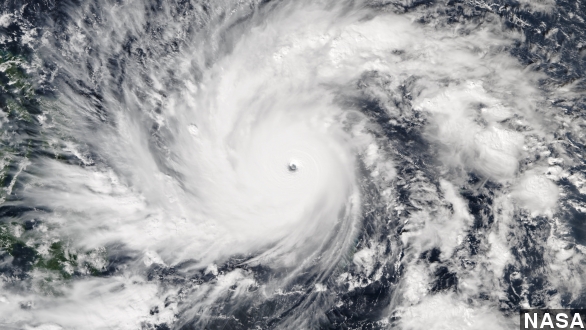 Typhoon Hagupit hit the Philippines late Saturday, in the first of multiple expected landfalls as it moves across the islands.

The storm lashed coastal cities with rain and sustained winds higher than 100 miles an hour.

But so far, damage looks to be much less severe than that done by Typhoon Haiyan in 2013, when that storm killed at least 6,300 in the Philippines alone.

In fact, the Philippine government is so far attributing only two deaths to the storm.

Reports differ as to the extent of evacuations — some outlets say about 650,000 people made it to safer locations, while others put the number over a million.

Regardless of the actual numbers, news agencies and aid workers on the ground in the Philippines credit the quick response with saving lives. (Video via CBC)

“The really good news is that as far as we know, nobody has been killed here in Tacloban by last night’s storm. In part that’s because people really did evacuate,” said the BBC’s Rupert Wingfield-Hayes.

“It's not a super typhoon in terms of wind but as rains are still coming and a slow moving typhoon means it will linger and there will be more rain.”

Hagupit is expected to make five total landfalls as it moves across the Philippines. The state weather agency says it’s now weakened to a category 2 typhoon.