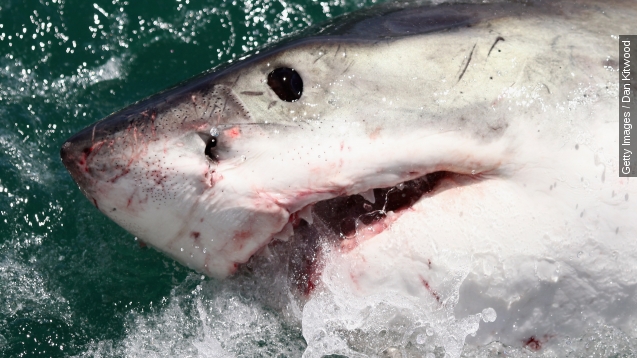 "I have been here 16 years. This is the time something major like this has happened such as an attack like that," Oak Island Fire Chief Chris Anselmo told WILM.

According to local media outlets, a 12-year-old girl was bitten in Oak Island shortly after 4 p.m.

And about 90 minutes later, just two miles down the same stretch of beach, a 16-year-old boy was attacked.

"Attacked by a shark, they said the head was about that big, I think the kid said," witness Jason Hunter told WNCT.

Officials at New Hanover Regional Medical Center told WECT the young man's arm was amputated below the shoulder, while the girl's arm was removed below the elbow. She also reportedly suffered trauma to her left leg.

The circumstances surrounding these two attacks are still unclear. But experts say a terrifying incident like this is extremely rare.

"The fact that you had two very serious attacks suggests this is not your average bite from a black tip or spinner shark, which are most common, and that another species, such as a bull or tiger shark, might be involved," shark expert George Burgess told WWAY.

And if that wasn't enough to scare swimmers out of the water, authorities confirmed they responded to another reported attack 30 miles away at Ocean Isle Beach last week.

Definitely a large number of attacks in a short period of time. And North Carolina isn't the only area facing multiple shark attacks in recent weeks. (Video via Discovery)

A 19-year-old woman and a 14-year-old girl were injured in separate attacks May 30 in Florida.

And just a month before, a 65-year-old woman was found dead off the coast of Maui from an apparent fatal encounter with a shark.

So do beachgoers in the U.S. have cause for concern here? Perhaps.

According to a report from Discovery News, unprovoked shark attacks are on the rise for three main reasons: more people are entering the ocean every year, there's been an increase of great white sharks in the ocean and global climate change has resulted in warmer waters to the north, which encourages humans to get in the water earlier in the year.

But experts say swimmers shouldn't let that keep them away from the water.

George Burgess, the director of the Florida Program for Shark Research at the University of Florida, told Star News Online, "People shouldn't be scared to go in the water, but they should be dutifully cautious."

A few examples of being "dutifully cautious" from the Florida Museum of Natural History: stay in groups, avoid being in the water early in the morning and during darkness and do not enter the water when bleeding.

As for the most recent attacks in North Carolina, officials say the two victims are in stable condition. A press conference about the incident will be held Monday morning.