Two New Studies Confirm The Worst About The Zika Virus 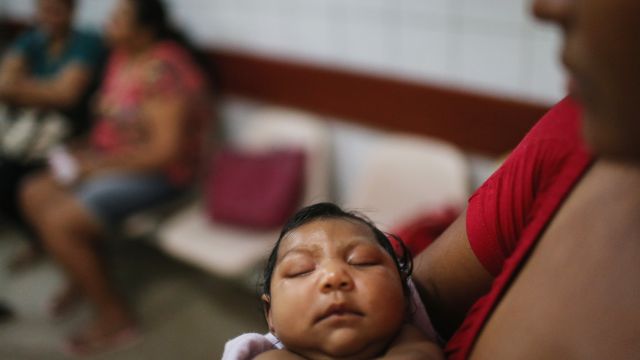 Several new studies have corroborated what the medical community has feared — but expected — for some time. It does appear the Zika virus causes severe birth defects.

The information was based on two studies published Friday — one from the U.S. may have identified how the virus causes microcephaly. Researchers set the virus loose on isolated stem cells and found that Zika selectively targeted cells necessary for brain growth and development.

Another from U.S. and Brazilian researchers found Zika infection during pregnancy is likely connected to “grave” outcomes for the babies. That study looked at sonograms from pregnant women who tested positive for Zika, and it found nearly a third of the pregnancies had serious abnormalities.

The Zika virus is commonly spread by mosquitoes, though it can also be sexually transmitted as well. Zika symptoms are typically limited to fevers and rashes, but the virus has been linked to severe birth defects.

The Zika virus has reached epidemic proportions in many parts of South America, prompting U.S. officials to issue travel advisories. A few cases of Zika have been identified in the U.S., mostly from travel or sexual transmission.

This video includes images from Getty Images and clips from Al Jazeera and PBS NewsHour.