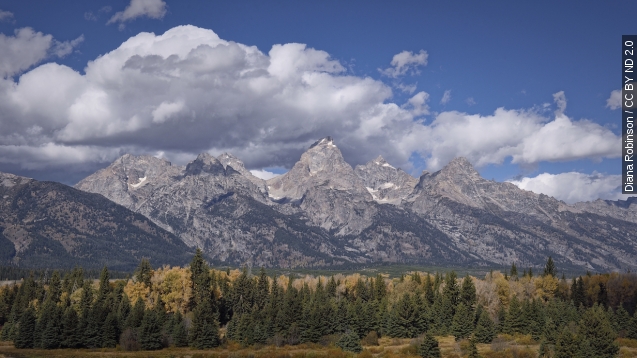 The climbers were ascending the mountain's East Face, which is considered the easiest trail on Teewinot. It's a class 4 climb, which means the trail isn't vertical and can be climbed without a rope.

But the Park Service said, "The climbers were well off the East Face route and in much more difficult technical terrain when the fall occurred."

A third climber, 26-year-old Rebecca Anderson, was with Strandberg and Nix when they fell. She called 911 from a small ledge, where she was stuck and was rescued uninjured with the help of a helicopter. (Video via Bryan Ungard / CC BY SA 2.0)