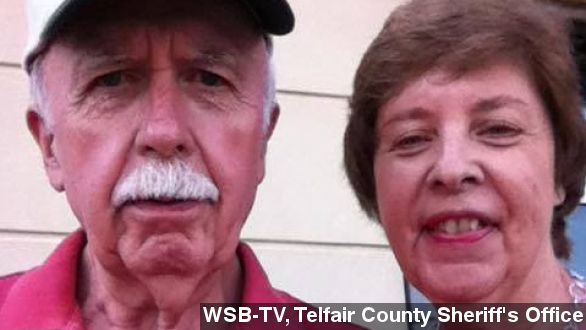 Police say they've found two unidentified bodies in the search for a Georgia couple who went missing last week after they traveled to check out a car they found on Craigslist.

Family members say 69-year-old Elrey "Bud" Runion and his wife, 66-year-old June Runion, wanted to buy a vintage 1966 Ford Mustang and were set to meet with a man claiming to be selling one. (Video via WXTX)

The couple left to meet the man Thursday afternoon, and authorities say they haven't been seen or heard from since. (Video via WTVM)

Early Monday, the main suspect, 28-year-old Ronnie Adrian "Jay" Towns turned himself into police in connection with the couples' disappearance. Police say he made false statements about the incident while being investigated.

The Runion's SUV was reportedly found submerged in a lake near property that Towns' family owned, and two bodies were discovered nearby.

A "Find Bud & June Runion" Facebook page had been created to ask for prayers and support while trying to track down the missing couple. The page also says a fraudulent GoFundMe account was made for donations but has no connection to the family.

Towns has been charged with giving false statements and with criminal attempt to commit theft by deception.