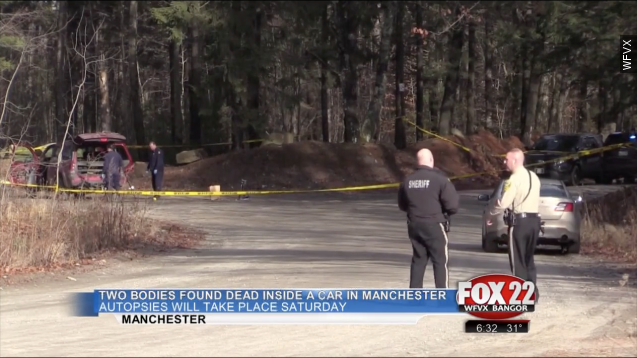 Maine authorities are investigating the "suspicious" deaths of two people found in a parked SUV on an isolated road early Friday.

"We have called it a suspicious death at this point, but we need to gather more information before we draw any conclusions," Maine State Police Lt. Jeff Love told reporters.

Police initially responded to a 911 call from one of the victims at about 3:30 a.m. Friday. The victims, later identified as 35-year-old Eric Williams and 26-year-old Bonnie Royer, lived together less than a mile from the scene.

The Kennebec Journal reports police dispatch logs registered a complaint about shots being fired in approximately the same area as the bodies were found, but police say it's too early to draw conclusions about the incident.