Twitter To Set Up Hong Kong Office Despite Chinese Ban 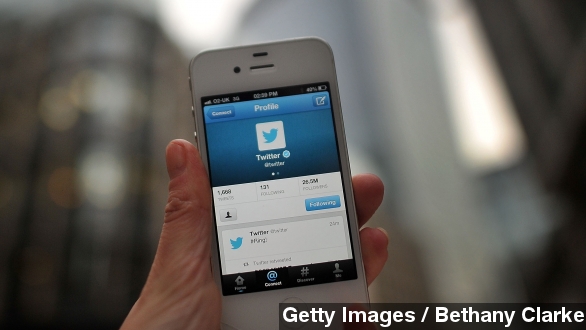 SMS
Twitter To Set Up Hong Kong Office Despite Chinese Ban
By Jay Strubberg
By Jay Strubberg
November 7, 2014
The social media giant announced Friday it plans to open a new office in Hong Kong early next year, despite being forbidden to set up shop in China.
SHOW TRANSCRIPT

A ban from China isn't stopping Twitter from migrating out east.

The San Francisco-based social media giant announced Friday it plans to open a new office in Hong Kong early next year, despite being forbidden to set up shop in China — a ban that's been in place since 2009. (Video via Twitter)

This is a pretty easy one to put together: it's all about Twitter's plan to spread its wings and tap into an expanding Asian market.

When the company moved into Indonesia earlier this year, a spokesman told the BBC, "With half of all internet, mobile and social media users worldwide in Asia today, we see many opportunities across the region."

As for what the location will house, Twitter's Vice Preident told The Wall Street Journal, "The real main focus of the office will be sales." Which makes a lot of sense.

The Journal says of Twitters' 284 million users, roughly three-quarters live outside the U.S., but only a third of the tech company's revenue comes from foreign markets.

So basically, if Twitter can't get into China, it can at least get close enough to let large Chinese companies who want a more global reach to come to them. And they've certainly tried tapping into those international markets recently.

In addition to the Hong Kong and Jakarta plans, Twitter has set up shop in other locations in the region: Tokyo, Seoul and Singapore.

It's also no surprise Twitter would want to branch out, as competitor and Facebook CEO Mark Zuckerberg made headlines when he flexed his Mandarin-speaking muscles at a Q&A in Beijing last month.

The Facebook chairman is certainly making his presence felt on a global scale lately. He also stopped by Indonesia for a chat with current President Joko Widodo last month.

As for Twitter, much like Facebook and Google, the company will have to continue operating outside of China for now. The company's VP told The Wall Street Journal that while the social media giant doesn't always control such decisions, Twitter would love to be "everywhere in the world including China."

This video includes images from Getty Images and Curtis3250692.