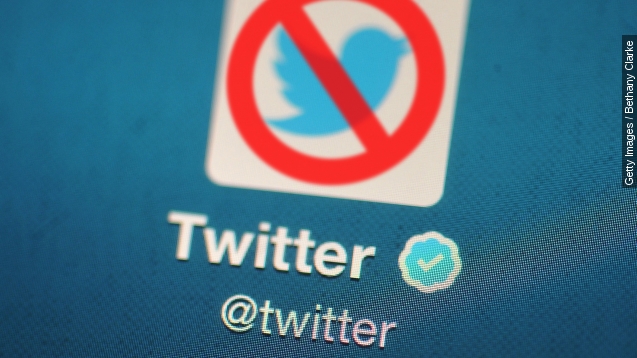 Remember when Twitter CEO Dick Costolo said of his company, “We suck?”

He was referring to Twitter’s handling of Internet trolls: “We suck at dealing with abuse and trolls on the platform and we've sucked at it for years.”

Until now. Twitter says, “you can now export and share your block lists with people in your community facing similar issues.” And you can import others’ lists, as well.

It's a boon for communities on Twitter who may be targeted by large swaths of abusive accounts.

Gamergate — a movement claiming to focus on ethics in gaming journalism that quickly descended into misogynistic abuse — has been a huge source of Twitter abuse.

But the company has been taking steps to combat the abuse. One infamous Twitter user was recently permanently banned from the service after he tweeted out a violent threat against a civil rights activist. (Video via C-SPAN)

The permanent suspension took hold thanks to recent changes Twitter made to its Terms of Service, which disallow violent threats on the social media site.

And while this is certainly a good way to suck less at dealing with abuse, a writer for Forbes suggests there's another motive at play: "Costolo also wasn’t shy to admit that the problem has been costing Twitter users. The site has about 300 [million] monthly active users, but user growth has recently been slowing."

Twitter is rolling out the feature to users over the coming weeks.