Twitter Swaps Stars For Hearts, And Users Aren't Loving Them 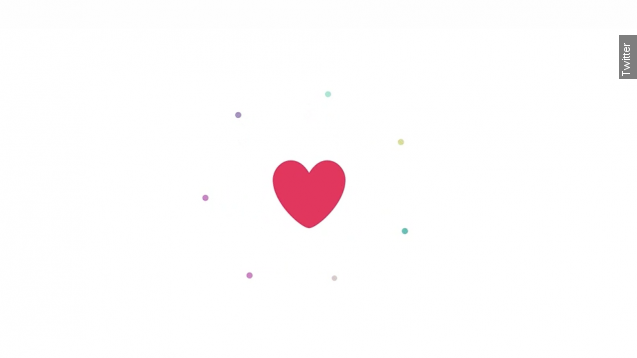 SMS
Twitter Swaps Stars For Hearts, And Users Aren't Loving Them
By Leah Becerra
By Leah Becerra
November 3, 2015
Twitter's switch from a favoriting star to a liking heart could have users rethinking their commitment.
SHOW TRANSCRIPT

Twitter, just like every other social media site, tends to get a lot of mixed reactions from users when it makes big changes.

And Tuesday's tweak was no different. Say goodbye to the favorite star and hello to liking with hearts.

Reviews are split. But even for those who love — er — like the change, this is going to take some getting used to.

Twitter writes, "The heart is more expressive, enabling you to convey a range of emotions and easily connect with people. And in our tests, we found that people loved it."

Wait. They meant people liked it, right? Either way, it is true that the heart is more expressive than the star. But it could also be the case that a heart is too expressive.

There was never a "right" way to use the star. But because it was kind of void of emotion, it could be used to casually end a conversation, bookmark a link in a tweet for later or show that you thought a tweet was funny or clever. (Video via Twitter)

Even though the new symbol is called a "like," it's hard to ignore the big red heart. Which means users will have to start thinking a little harder before clicking the new indicator.

Twitter says Periscope users are fans of the heart icon already, probably because it's been in place for so long. Bringing the symbols to Vine and Twitter means all three sites' languages are now a little more universal.