Twitter's Growth Plan: Get Observers Off The Sidelines 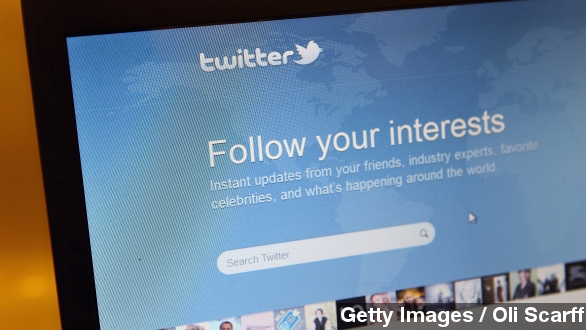 Twitter dropped a bomb Wednesday at the company's first-ever Analyst Day, revealing as many as 500 million users are on the sidelines just watching the tweets fly by — just people logging in, checking their profiles and logging out.

That's nearly double the number of active monthly users on Twitter, according to the company. Despite that information, Twitter's stock rose Wednesday, which might have something to do with the company's plan for getting those users more involved.

For new users, Twitter might be a little hard to get the hang of. That's why the company said it's rolling out an "instant, personalized timeline for new users who don't want to spend time cultivating one on their own."

CORY JOHNSON VIA BLOOMBERG: "Joining Twitter, you get the opportunity to walk into an open room. Populating that room is one step to the new users as a hurdle, to new users, that they have to face. With this instant sort of thing, they won't necessarily have that."

Bloomberg adds hundreds of millions of other users go to Twitter's home page without signing up. That number of potential users along with the 500 million observers might give us a glimpse at what sort of audience Twitter is really working with.

And according to a writer at The Motley Fool, that's attractive enough to give the company's stock a bump, saying, "If Twitter can successfully coax these users to sign up, it could potentially help its MAU [monthly active users] figures in a big way, and investors have been fretting an awful lot about deceleration in MAU growth."

But Twitter wasn't done there. Along with plans to recruit potential users, Twitter unveiled plans to retain active users by rolling out a few new upgrades.

Other updates include the ability to make public conversations private direct messages and a feature that surfaces relevant tweets you might've missed. There are, after all, 500 million tweets sent per day. That makes it pretty easy to miss a few that might really interest you.

Twitter's VP of product said on the company's blog the DM update will be available next week and users can expect to see the in-app video recording tool sometime early next year.