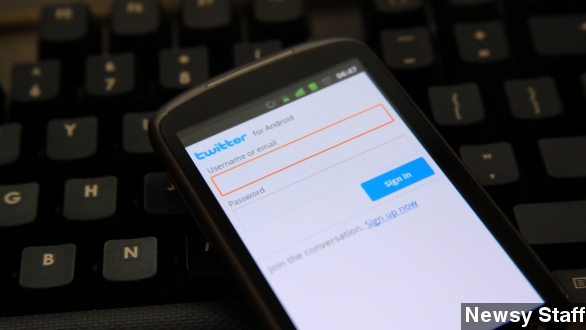 By Evan Thomas
March 27, 2014
Twitter’s latest mobile apps feature user tagging in photos and, in the iOS version, support for uploading up to four photos at once.
SHOW TRANSCRIPT

The social media service is implementing photo tagging for its mobile apps — look for the “who’s in this photo?” button any time you upload an image.

You can tag up to 10 other people in any given photo, in both the Android or iOS apps. Anyone you thusly single out will get a notification, and their name will appear next to the image on your stream.

And no, tagging won’t eat into your character limit. So go nuts.

Or don’t. The Register points out it’s on by default, ready to enable, uh, aggressive sharing.

“The tagging feature means anyone can identify someone in a photograph they post, unless you realise it's happening, log into your security settings, and turn tagging off.”

For the moment, anyone with photo tagging turned on can choose to get tagged by anyone, or just the people they follow.

Twitter’s also adding support for uploading multiple photos at once — as many as four at a time, which will automatically group together to create a collage. For now, this feature is iPhone only; Twitter says support is coming soon for Android users.

The Verge says this is just the latest in a long and documented case of feature bleed between the social networks.

“The company already gave each user profile a photo gallery showing their recent uploads. Perhaps soon, Twitter will also also add a ‘Photos of me’ tab the same way Instagram did.”

Tagging is available in the latest release of Twitter’s mobile app. It’s a free download in the Android and iOS app stores.