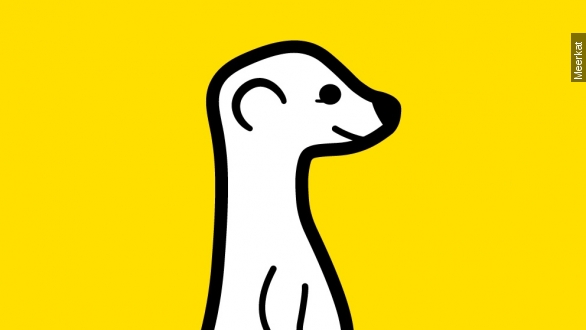 SMS
Twitter, Meerkat Scrap Over Celebrity Livestreamers
By Matt Picht
By Matt Picht
April 12, 2015
A new report from TechCrunch claims Twitter has been trying to poach celebrities from live streaming app Meerkat for their own service, Periscope.
SHOW TRANSCRIPT

The ongoing feud between livestreaming apps Meerkat and Twitter's Periscope is getting personal. A new report suggests the services are trying to poach each other's streamers.

According to TechCrunch, Twitter has been contacting celebrities after they try out Meerkat, in order to convince them that Periscope is the better app.

An anonymous source told the outlet "Twitter hounds every celebrity after they try Meerkat. Almost to the point of stalking. ...Twitter is absolutely obsessed with Meerkat."

Periscope has built up a pretty big following since its debut last month. The app boasts a lengthy list of celebrity streamers. (Video via The Verge)

But Meerkat's also on the prowl for its own celebrities. The TechCrunch article notes Meerkat has been hunting through the Twitter-owned Vine looking for popular broadcasters. (Video via USA Today)

The app almost managed to score a big coup when Madonna premiered her new music video on the service. Technical glitches hampered the actual event, but it did at least prove that Meerkat has the clout to make these kinds of deals.

Since Meerkat and Persicope are both pretty similar apps, the roster of popular streamers could decide which service comes out on top in the battle to own live streaming.

And Meerkat's user growth is relying more than ever on star power and word of mouth after Twitter locked it out of using its social services last month.