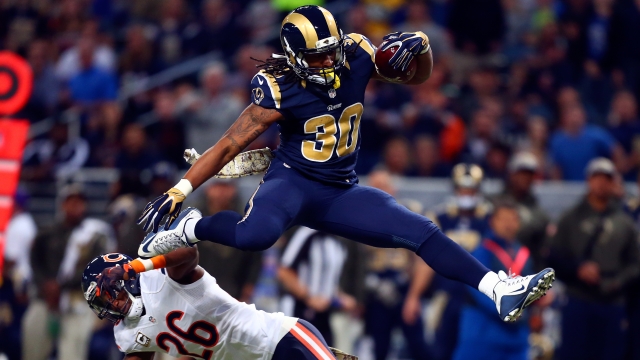 "Michael Strahan's teeth are having a middle school dance party where the boys stand on one side of the room and the girls stand on the other," former New York Giants defensive lineman Michael Strahan joked on ABC's "Jimmy Kimmel Live."

The announcement comes roughly a week after Facebook publicly dropped out of bidding for the games, supposedly because it couldn't find common ground with the NFL's advertising model.

Thursday Night Football games have been a tough sell to football fans. Those games dominated other programs on Thursday, but haven't brought in half as many fans as Sundays do.

That's part of the reason why the NFL might be willing to experiment and cater to a fan base who's cutting the cord more and more often.

The NFL dipped into online live streaming last year when it partnered with Yahoo to bring fans the Buffalo Bills-Jacksonville Jaguars game from London. It got mixed reviews.

While the NFL was "thrilled with results," others described the viewership numbers as "less impressive" and the game stream as a "disaster."

All 10 Thursday Night Football games will also be televised on NBC and CBS as well as simulcast on NFL Network.