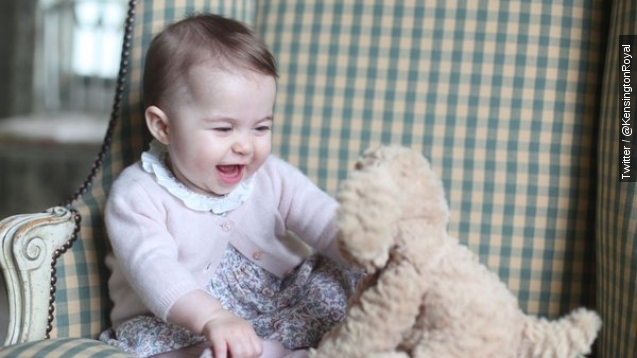 If you need to brighten your day, Princess Charlotte is here to help. Great Britain's favorite royal family just released new photos of the 6-month-old.

They were actually snapped by her mother, Princess Kate, who apparently is an expert photographer — or just understands the power of a stuffed animal.

She and Prince William also know that releasing photos of their kids might keep the paparazzi at bay.

The proud parents might not have to worry too much in the future, though. It looks like Charlotte's big brother George already has some protective instincts.

This video includes images from Getty Images and Twitter / @KensingtonRoyal.